Begin typing your search above and press return to search. Press Esc to cancel.

As we all know, alcohol is very harmful to the liver. All the alcohol consumed by the human body needs to be metabolised by the liver, and if a large amount of alcohol is consumed due to excessive drinking, it will greatly increase the detoxification workload of the liver, and when the liver’s capacity reaches its limit, it will cause the liver cells to be damaged by alcohol, thus making the liver function abnormally. The risk of cancer in the liver is also increased. Therefore, it is best to stop drinking.

If you say you are someone who needs to socialise and drink regularly, after all, it is impossible to say that quitting is something you need to do for work, so it is advisable to start by mitigating the damage of alcohol. Firstly, before drinking, you should take steps to make your stomach absorb less alcohol. Avoiding drinking on an empty stomach is a good option, which not only protects the stomach mucosa but also reduces the absorption of alcohol in the gut and eases the metabolic pressure on the liver, in addition to drinking small amounts of porridge and milk are good options. 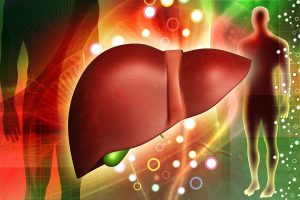 Secondly, when drinking alcohol, do not mix multiple types of alcohol together. For example, beer and white wine, white wine has a higher alcohol content than beer. After drinking together, the carbon dioxide and water in beer will promote the absorption of the high concentration of alcohol in white wine in the body, thus causing greater damage to the liver, not only that, but also to the kidneys, stomach and other organs.

Finally, diseases are not acquired overnight and neither is maintenance. Treating the liver well, as well as the overall health of the body, requires not only a targeted diet, but also all-round attention in daily life – exercise, work and rest, mental health, good medical awareness, etc. I hope that you will not think that you are still young and do not care because there are no apparent problems, but that you will establish a scientific awareness of health as soon as possible.